We strive to be a family business as we know the return on investment for our clients and our staff is invaluable and we employ on that basis.

Halliday Finch is made up of individuals with a deep and unequalled experience of Brand Protection and Risk Management in the country they operate in. We hold our team to the highest ethical and service standards. 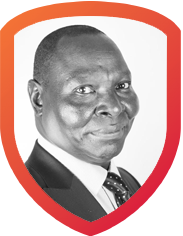 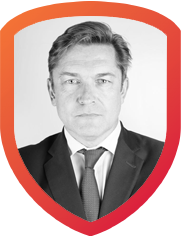 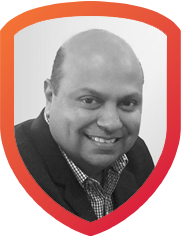 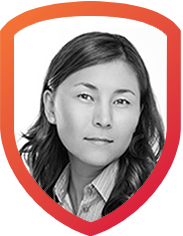 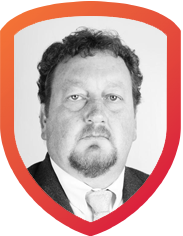 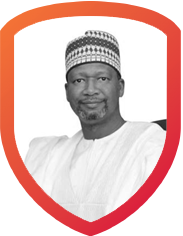 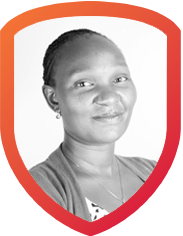 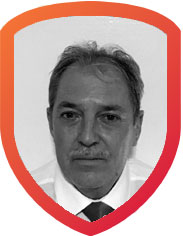 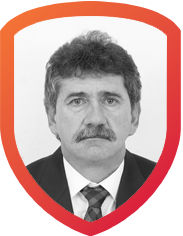 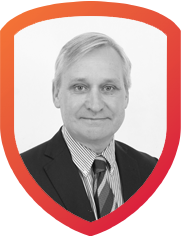 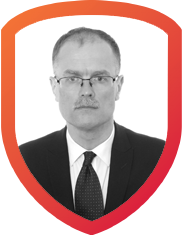 With 37 years of experience in the Kenyan Police Service, Mr. Ndegwa’s strategic skills and commitment to duty led to his appointment of Senior Deputy Commissioner and Director of Operations, a post he held to his retirement. His connections in law enforcement across the continent are unequalled.

Sam Mattock is a graduate of the Royal Military Academy Sandhurst and following his service in the British Army, Sam worked across Africa, in some of the worlds harshest conditions, providing strategic, operational and tactical security advice to hundreds of organisations.

He is now considered to be a security expert and an invaluable resource.

Sam balances his passion for business with the charities he is passionate about.

Kalpesh is a seasoned finance professional with over 20 years of experience in Oil & Gas, Telecom and the FMCG (fast moving consumer goods) industry. He holds BA (Econ.) from University of Manchester and fellowship from UK ICAEW.

Jibek Baihodjoeva is a principal in StratLink Advisory Group consulting and research with a focus on capital raising,strategic change and research at an enterprise level and for the consumer experience. With 15 + years experience she has worked with clients to develop new operating models, stand up new corporate divisions and optimize cross-functional performance within business units to drive revenue growth. Jibek has worked across industries, including agriculture, oil and gas, manufacturing, political and economic risk security and non-profit organizations.

Jibek also worked at a leading security, risk and intelligence firm where she led a team of analysts tasked with covering Africa and Asia. The team conducted in depth research and analysis for fortune 500 clients.

Marius is a retired police officer with 33 years of investigative experience.

In his final two years of police service, Marius was appointed as the programme manager for Organised Crime and Clandestine Operations.

An astute Business analyst and qualified Management administrator with over 20 year’s experience of working with global organizations in the Nigerian context.
His product knowledge and excellent negotiation skills identify and maximize opportunities to deliver results in complex and high pressure environments.

He is very proud to be appointed as the Chairman of the board of Halliday Finch Nigeria and is extremely excited to explore a new industry.

Norah has a diploma in Mass Communication and has extensive experience in administration, starting off as a news reporter at Baraka FM. Norah is also a co-founder of Uniglobe Volunteers International, an NGO that deals with promotion of human rights and good governance, conservation, and mitigation of HIV/AIDs & disease.

Following 28 years of law enforcement service, much of which with the Directorate of Priority Crime Investigation, (HAWKS) specialising in Organised Crime, Anti-illicit trade investigations and commercial crime, he joined the Halliday Finch team.

He has managed investigations across Africa, providing extensive investigation and brand protection solutions to a range of clients.

Marius served as a police officer for 21 years, A majority of which was spent with the Diamond and Gold unit and the Directorate of Priority Crime Investigation. Covering areas such as Organised Crime, Anti-illicit Trade, Narcotic and Serious Financial Fraud Investigations.

He worked as an undercover agent, source handler, investigator and covert project administrator as well as being an expert polygraph examiner.

In the private sector and has managed multiple complex  investigations across Africa and the Middle East.

Thomas is a former British Army Officer, who served over 26 years and saw him deploy in both operational and training roles. Thomas attended both the Royal Military Academy Sandhurst and the British Defence Academy.

In 2011, Thomas started his career in the Private Security Industry in the Middle East. Over a period of 8 years he rose through the ranks rapidly, holding senior positions which include Programme Director, Senior Project Manager and finally as the Country Director Iraq.

Thomas joined Halliday Finch in May 2019 as the General Manager, where he applies his hard earned experience of Iraq and the Middle East to the wide selection of countries Halliday Finch operate in.

Igoris Krzeckovskis Consultant - Russia and the Commonwealth of Independant States

After graduating from the State University of St. Petersburg in Russia, Igoris spent 22 years with a Law Enforcement Agency (LEA), finishing his career as a Senior Manager of the Financial Crime Investigation Service, Colonel of Interior.

During his career, Igoris participated and lead multiple complex investigations against international organized crime syndicates focusing on money laundering and fraud across the Region.

In 2015, Igoris retired from official service and has positioned himself as an international expert and trainer on projects in Russia, Eastern Europe and the CIS countries. He is also a visiting lecturer on AML and Financial Crimes at several Moscow Universities.

Igoris joined Halliday Finch in 2020 in order to apply his Regional and linguistic skills in the Anti Counterfeit arena.

Any cookies that may not be particularly necessary for the website to function and is used specifically to collect user personal data via analytics, ads, other embedded contents are termed as non-necessary cookies. It is mandatory to procure user consent prior to running these cookies on your website.